FUCK YOU THIS IS A SERIES NOW

Grebbles are just... The fucking worst. They're like horrid, dirty old Goblins with terrible beards, except they're smaller and don't have any of the things that make people like Goblins. Grebbles like to hurt people. Not in a sexy sadistic way, but in a petty, spiteful way. They'll eat a kitten not because they're hungry or they like the way it tastes, but because they know it'll make people sad. If they could, they would eat your kitten while you watched. The only reason they don't is because they are extremely small and weak and if you punched them their sad, frail old man twig bones will simply flake apart under your epic huge meat fist and they will disintegrate.

Tree that eats people. They look like normal trees, if a bit older and more gnarled than they should be. Lots of knotholes, perfect to hide from predators or build a nest in.
Then you get in the knothole and it slams shut and you starve to death and then the tree eats your corpse because it was a carnivorous tree, you FOOOOOOOOOOOOOOOOLLLLLLLLLL
The lesson here is never to trust trees.

Snufflers look like giant ant-eaters with even larger mouths. They meander along and suck up any small animals that get near with their massive, toothsome maws. They would definitely eat a kitten.

Cuckoo-Kitts are the worst. They're a close relative of cats with limited shapeshifting abilities. Their favorite thing to do is to find domestic cats prowling out in the wild, eat them, absorb their shape, and then return home to the owners to be pampered.
Not actually that much different from regular cats otherwise.

The Sabre-Shrew is one of the smallest animals ever to be observed practicing advanced tool use. Appearing much like an upright, long-armed shrew, these little bastards take all sorts of sharp objects from their environments and fashion them into makeshift sabers, which are then used both in mating displays and defense against predators. Due the size of the Sabre-Shrew, kittens are generally not targets - But under the right circumstances, these bastards will kill a kitten and remove its claws to make sabers.
Sabre-Shrews have also inspired the creatively named Sabre-Shrew Style of sword fighting, whose practitioners fashion their own blades out of whatever materials can be found on short notice and then strive to emulate the ferocity and chivalry of the Sabre-Shrew. Always show honor to opponents of your own size, and always cheat like hell when fighting anything bigger than you. The style has seen the most popularity among Halflings.
All practitioners of Sabre-Shrew Style I was able to contact have denied the consumption of kittens, but isn't that exactly what a kitten-eater would do? 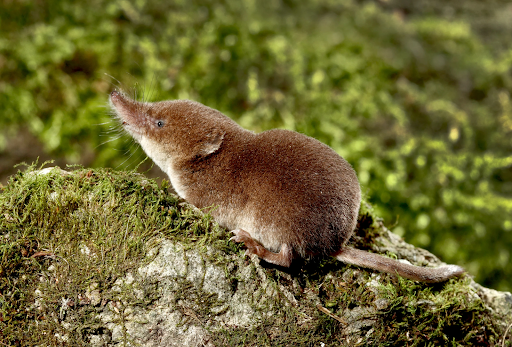 FIVE MORE KITTEN EATING MONSTERS FUCK YOU THIS IS A SERIES NOW 1. The Grebble Grebbles are just... The fucking worst. They're like horri...